Q? = Why do our films have different looks?

A = Because you, our clients are all unique, as should be your film!

If you look through our films carefully you will find many different “LOOKS” as you go from film to film. Colors that range from vibrant, muted, classic B&W, punchy, warm and even earthy or neutral. Ultimately we do this because we believe color and tone can widely effect your film, these different looks will evoke specific emotions creating specific thoughts or feelings in those that view these films. Our goal in our work is to not only capture a memory but to help viewers relieve those memories and feel those feelings over and over again. We want you to connect with the characters in our films. Typically this would be our main characters the bride and groom.

Here are some different looks from this past year. 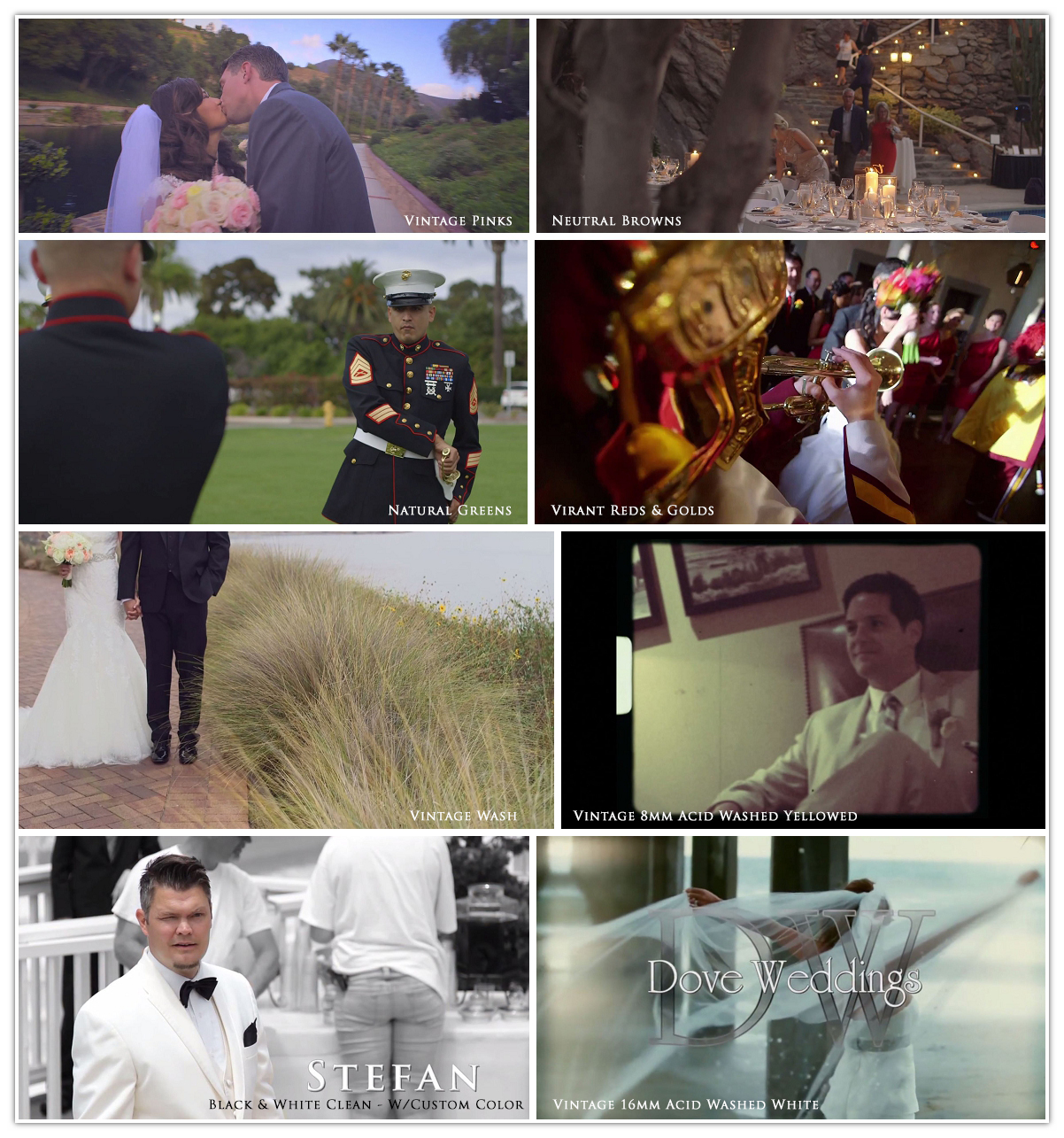 Q? = How Do we make them look so different?

A = Our films start out a rather muddy grey because we shoot in a “FLAT” color profile to allow the most dynamic range (light to dark) information to get recorded by our cinema cameras. This also aids in giving us the widest possibilities in post production to color each scene and frame of footage as we would like. Yes every FRAME! That is a lot of footage to color but we believe color like sound and picture composition is a super important part of your story. In Hollywood there are “Colorists” that do nothing but simply color films all day long. For instance, the fact that the look of a film has a greater impact on the tone and atmosphere of the piece and as well as a significant outcome on the audience’s views of the material, is rather under-appreciated because the colorist might create high-contrast looks in order to draw attention on something that suggest urgency and importance or he decides for a range of gray shades to tell the audience that the plot is more dashed and complicated; whereas a warm cast of color that comprise colors which are shifted towards orange might show a warmer or nostalgic tone, while a shift towards blue might indicate a bit of a scientific feel. Another job that the colorist has to do in any other way is related to storytelling as he/she has to work with the whole team of producers, directors, cinematographers and editors in order to interpret the story in a consistent but credible way.

Here is a gimps of how footage looks before and after it has been colored.

Read all of our Wedding Videography Reviews at